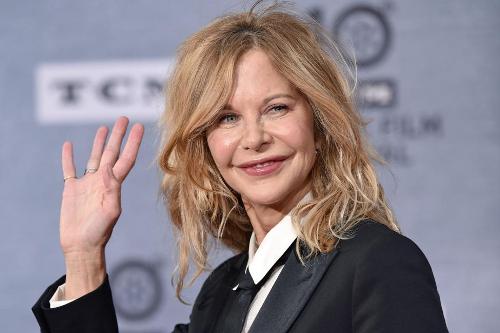 Meg Ryan Plastic Surgery – Meg Ryan is one of American actress who is rumored having plastic surgery for the sake of beauty. Being old, Meg Ryan probably decides to have plastic surgery. Perhaps, with plastic surgery she will be attractive as if she was young. But Meg Ryan does not give any comment to clarify the rumor.

Based on rumors, Meg Ryan plastic surgery does not bring good result. Meg Ryan undergoes excessive plastic surgery that makes her seems ridiculous. One of procedures that Meg Ryan possibly has is lip implant. Her lips used to be thin but now they turn into wider and plumper lips. Surely this different shape drives people think she has had lip implant.

Most of people judge Meg Ryan is poor. It does not make her more beautiful but instead changes her look a little bit weird.

In 2015, according to Porter Magazine. Ryan does not interested about the rumor. She mentioned, “I don’t pay a lot of attention frankly.” she continued, “There’s a lot of hatred in the world today; it’s so easy to judge. Imagine being a hater, how stupid! My women friends are not sitting around talking about…”

“Well, sometimes there are conversations like that, but the people I value talk about kids growing up, what kind of world they are going into, what we are eating, what we are breathing.”

in 2016, Dr. Mark Youssef cosmetic surgery expert told that Meg Ryan has done plastic surgery . He said “The most obvious thing that she’s had done is some sort of filler or fat transfer to her cheek.”

He comments “When she smiles, all of that filler moves up and makes her eyes look smaller. The reason she looks masculine is because of the placement of the volume in her cheeks.” Read Also: Rachel Zoe: Stay Young with Cosmetic Surgery

He also believes that Ryan has Nose Job and botox, “some sort of rhinoplasty, as the tip of her nose looks more pinched than before. She also likely had too much Botox in the forehead and volume in her lips.”

By looking Meg Ryan photo, Dr. Mark Youssef also comments “It’s basically an unhappiness with your image. It comes from the root of being unhappy with yourself on the inside. You think the surgery is going to solve the issue but it doesn’t because it’s more of a mental distortion of your image.” Read Also: Aly Michalka, from Disney Darling to Surgeons Baby